Cantabrian Multisporter Peter Olds (middle front) with his support-team family, after the Coast to Coast 2015 One Day event. In training Peter ate gluten free to stop stomach problems which many athletes experience during intense training.

A sucker for punishment, Multisporter Peter Olds wanted an even bigger challenge than the Speight’s Coast to Coast Two Day Event and decided to pack it all into one day in an event called ‘The Longest Day’.

Peter’s family rallied to help, and supported him during his training and on the race day, helping him through each transition and providing much needed fuel, liquids and moral support.

Also helping was Gerry’s Wraps, which supplied Peter with a gluten-free bread alternative to help him combat tummy problems in the lead up to the race:

“From a nutrition perspective, Peter had some gut trouble with intense training so he decided to become ‘gluten free’. He found Gerry’s Wraps Go No Gluten Wrap and this replaced the bread factor and even became part of his nutrition plan for race day,” his wife Sharon says.

Peter did exceptionally well, completing the race in just over 14 hours and placing as 21st male and 4th male Veteran.

The Coast To Coast is one of the world’s longest-running multi-sports events with The Longest Day event attracting only the hardiest of athletes, with the world’s best expecting to complete in 11 hours.

Gerry’s Wraps also supplied Peter’s support team (pictured) with uniforms and wrapped his kayak for him.

Made from GMO-free corn, Gerry’s Go No Gluten Wrap is delicious, warm or cold when cooking gluten free. It is essential to heat the wrap initially to release its delicious flavour and make it soft and pliable.

Once opened, a pack of Gerry’s Go No Gluten wraps keeps in a snap lock bag for up to three months in your pantry, which means they’re always on hand for instant refuelling for those enjoying wheat-free food.

Shop Gerry’s Wraps and SAVE

Race results from Coast To Coast 2015 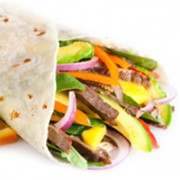 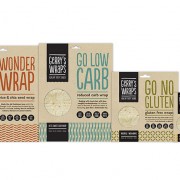 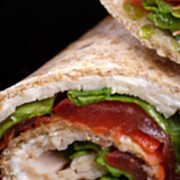 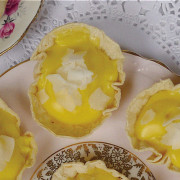 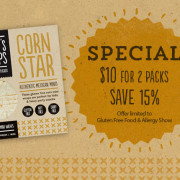 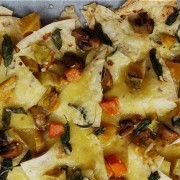